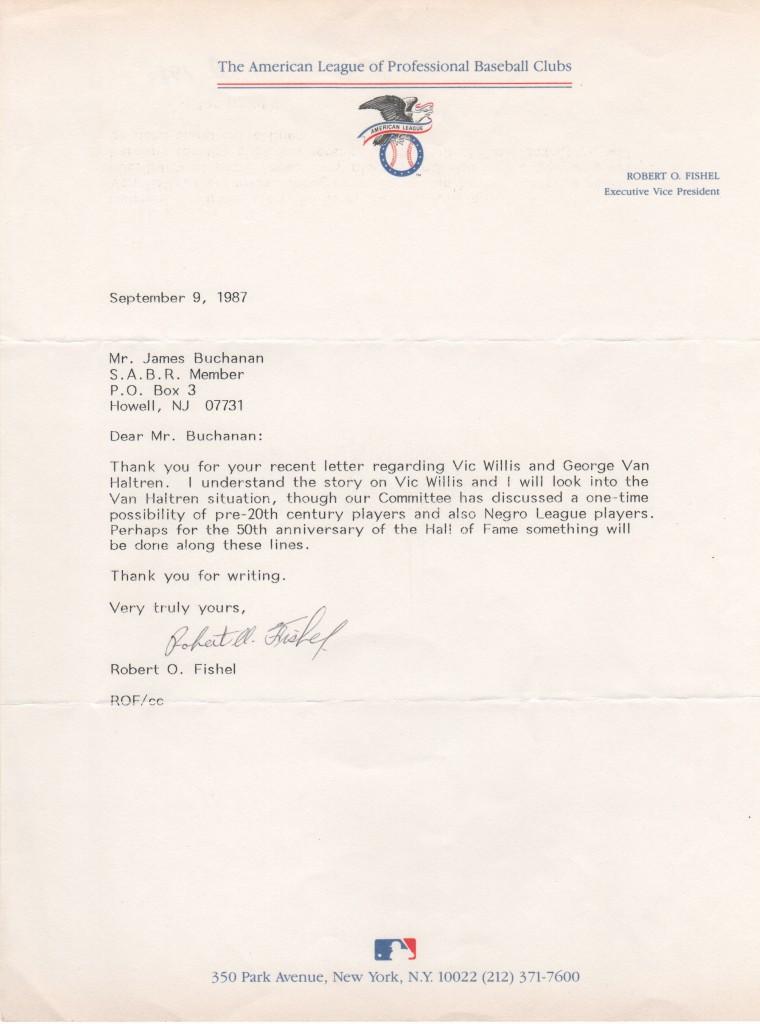 Vic Willis had eight seasons with 20 or more wins

Vic Willis had eight seasons with 20 or more wins

Though Willis played just 13 MLB seasons, he retired with 249 career wins. Despite his stellar numbers, Willis was not inducted until 85 years after his last big league game.

Shown here is a letter dated September 9, 1987 signed by Bob Fishel. The longtime baseball executive was named to the Veterans Committee on February 9, 1985 to fill the vacancy created by the death of Joe Cronin. It was in these capacities that the above letter emanates.

Fishel writes to a concerned member of SABR, “I understand the story on Vic Willis…though our committee has discussed a one-time possibility of pre-20th century players and Negro League players. Perhaps for the 50th anniversary of the Hall of Fame something will be done along these lines.”

The Veterans Committee elected Willis in 1995. 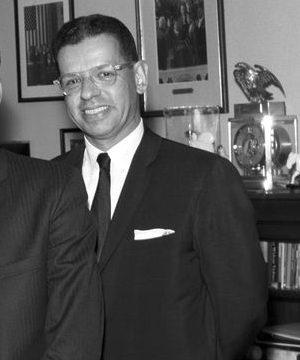 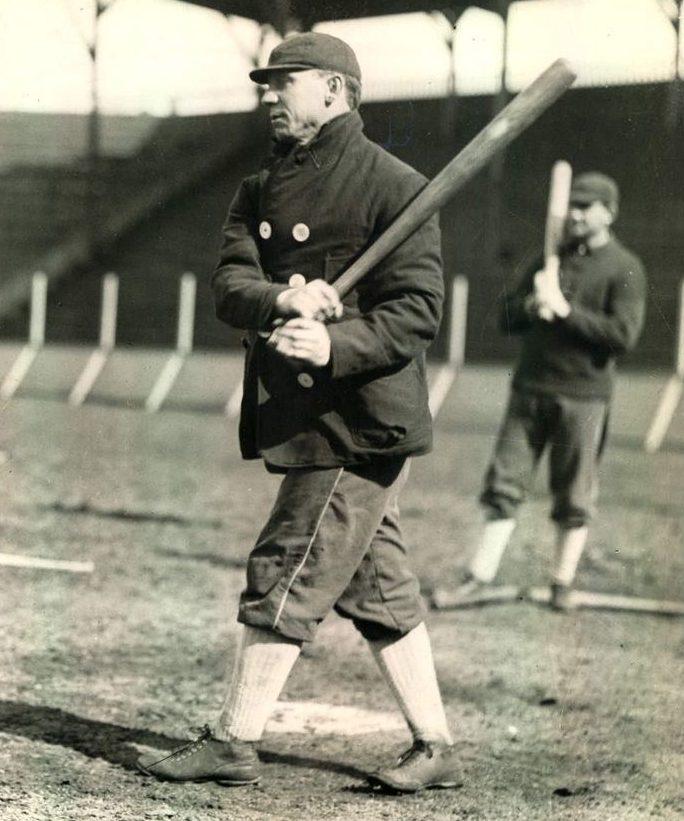 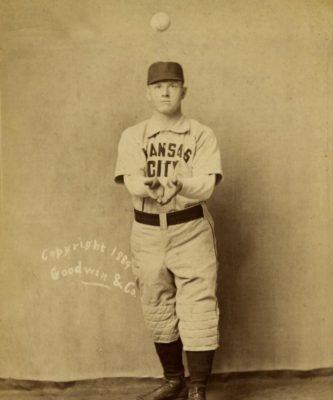 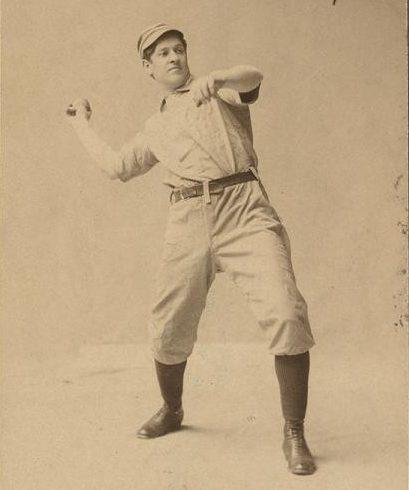 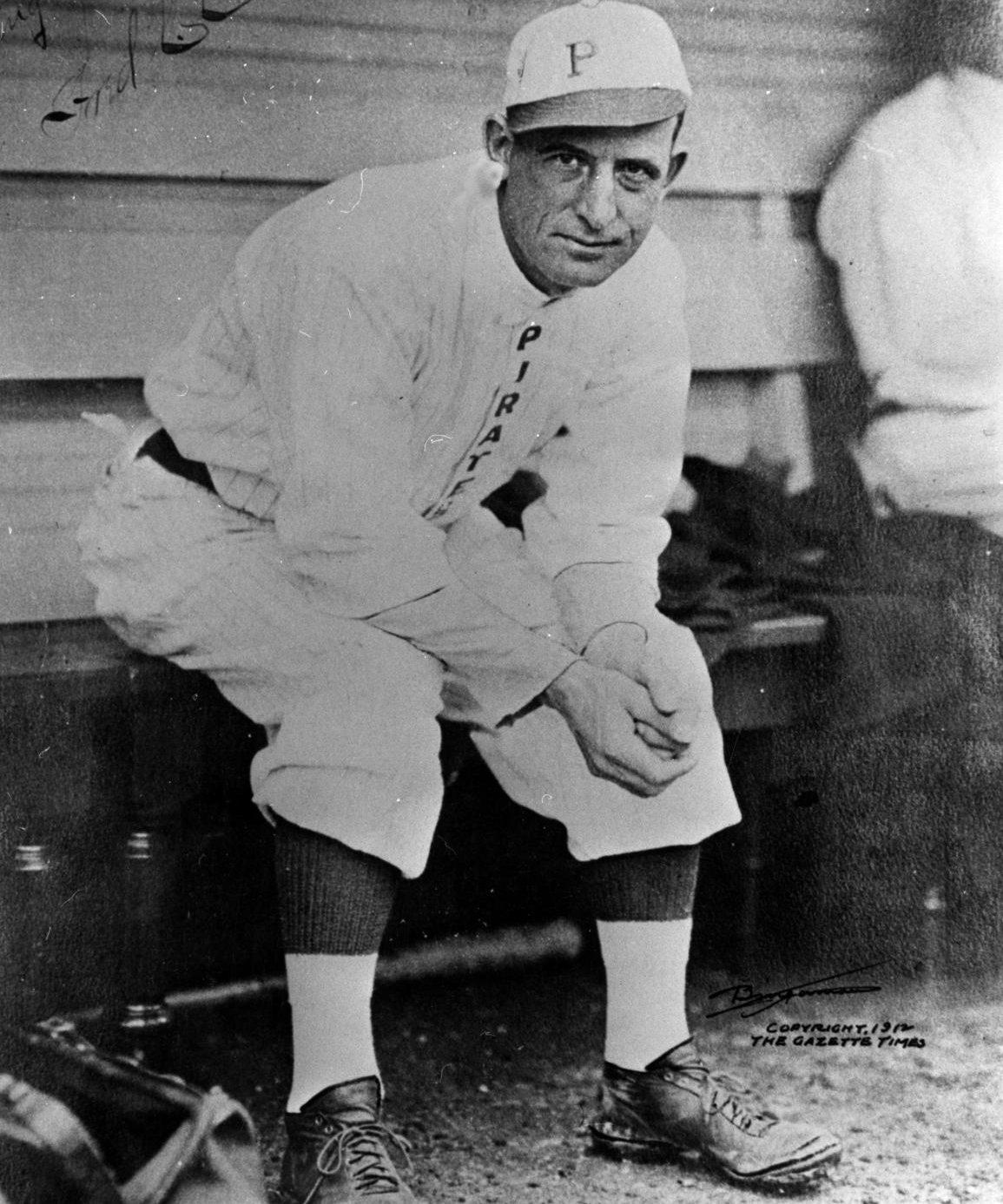 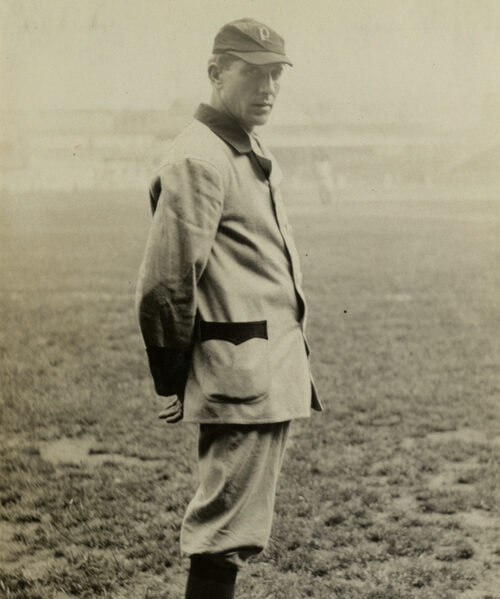