Tommy Bond won 40+ games three times and averaged more than 23 per season on his way to 234 career victories; his lifetime ERA is 2.14. 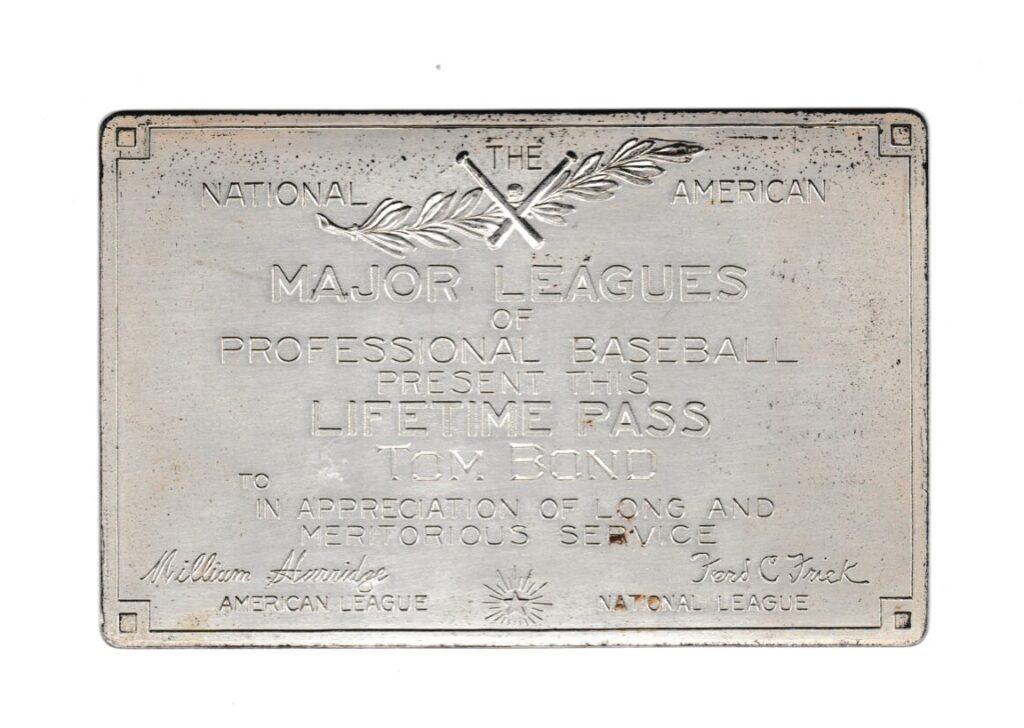 The first Irish-born major leaguer, Tommy Bond left the Emerald Aisle and came to the US in 1862. His family settled in Brooklyn where young Tommy became enamored with the American game of baseball. By age 18 Bond was in the big leagues playing for his hometown Brooklyn Atlantics of the National As
Read More

The first Irish-born major leaguer, Tommy Bond left the Emerald Aisle and came to the US in 1862. His family settled in Brooklyn where young Tommy became enamored with the American game of baseball.

By age 18 Bond was in the big leagues playing for his hometown Brooklyn Atlantics of the National Association. Bond played ten seasons in the majors. Many believe he had a career worthy of induction into the Baseball Hall of Fame.

Bond won 20 or more games in six seasons, 30 or more in four seasons, and 40 or more in three straight seasons. In 1877 Bond earned the first pitching triple crown in baseball history. He won 40 games with a 2.11 ERA and 170 strikeouts.

Bond’s career compares nicely with men who have their plaques in Cooperstown. By the time his 10-year playing career ended, Bond tallied 234 wins and average of more than 23 per season. His 2.14 ERA is surpassed by only six Hall of Fame pitchers.

Some point to the brevity of his 10-year career. Perhaps a better lens is through inning pitched. According to Baseball Reference’s Hall of Fame pitching register, Bond’s 3,628 2/3 innings pitched would put him 40th among the 87 Cooperstown hurlers.

His win total is better than 33 men already inducted. Bond ranks in baseball’s top 20 all time in WHIP and complete games and is second in both walks per nine innings, and strikeout-to-walk ratio. Bond also played 92 games in the outfield and another 11 in the infield.

In the collection is Tommy Bond’s sterling silver lifetime pass to all big league games. CooperstownExpert.com is home to perhaps the largest private collection of lifetime passes. More can be seen by clicking here. 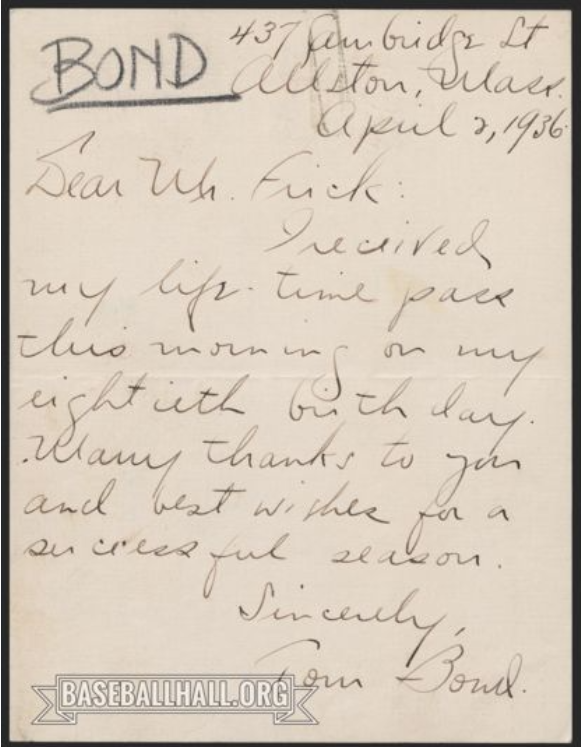 Notice the date of April 2, 1936. The major’s first Irish-born player writes, “Dear Mr. Frick, I received my lifetime pass this morning on my eightieth birthday. Many thanks for you and best wishes for a successful season. Sincerely, Tom Bond”

Tommy Bond was one of the greatest pitchers at the start of professional baseball. Many believe he belongs in Cooperstown.
His 2.14 career ERA is bested by only 6 Hall of Fame Hurlers.
He had six seasons of 20 or more wins, four seasons of 30 or more wins, and three seasons of 40 or more.
Some criticize the brevity of his 10-year career but his 3,628 2/3 innings remains 60th all time.
His case is now in the hands of the Veterans Committee.

A newspaper man turned league publicist turned league president came up with a brilliant idea in 1934 — reward longtime National League players with a lifetime pass to all NL games. Senior Circuit owners approved Ford Frick’s proposal at the league meeting in December of ’34. A few months later, Frick sent out ornately decorated paper Lifetime Passes to the NL’s greatest players. He even sent one to Babe Ruth who appeared in all of 28 games for the Boston Braves in 1935. A 21-year veteran of the American League, the Babe was grateful if not surprised when he remarked, “At least the National League has a heart”. An image of the original paper pass presented to Hall of Fame outfielder Sliding Billy Hamilton can be seen below. A similar pass curiously issued to Stan Coveleski, a lifetime American Leaguer is also shown. Perhaps shamed by Ruth’s remarks, the American League joined forces in 1936 to issue a pass to all Major League contests. Players with twenty or more years of service received a solid gold pass. Seventeen men qualified for the true “golden ticket” — Ruth, Fred Clarke, Ty Cobb, Eddie Collins, Bill Dahlen, Harry Davis, Red Faber, Walter Johnson, […] 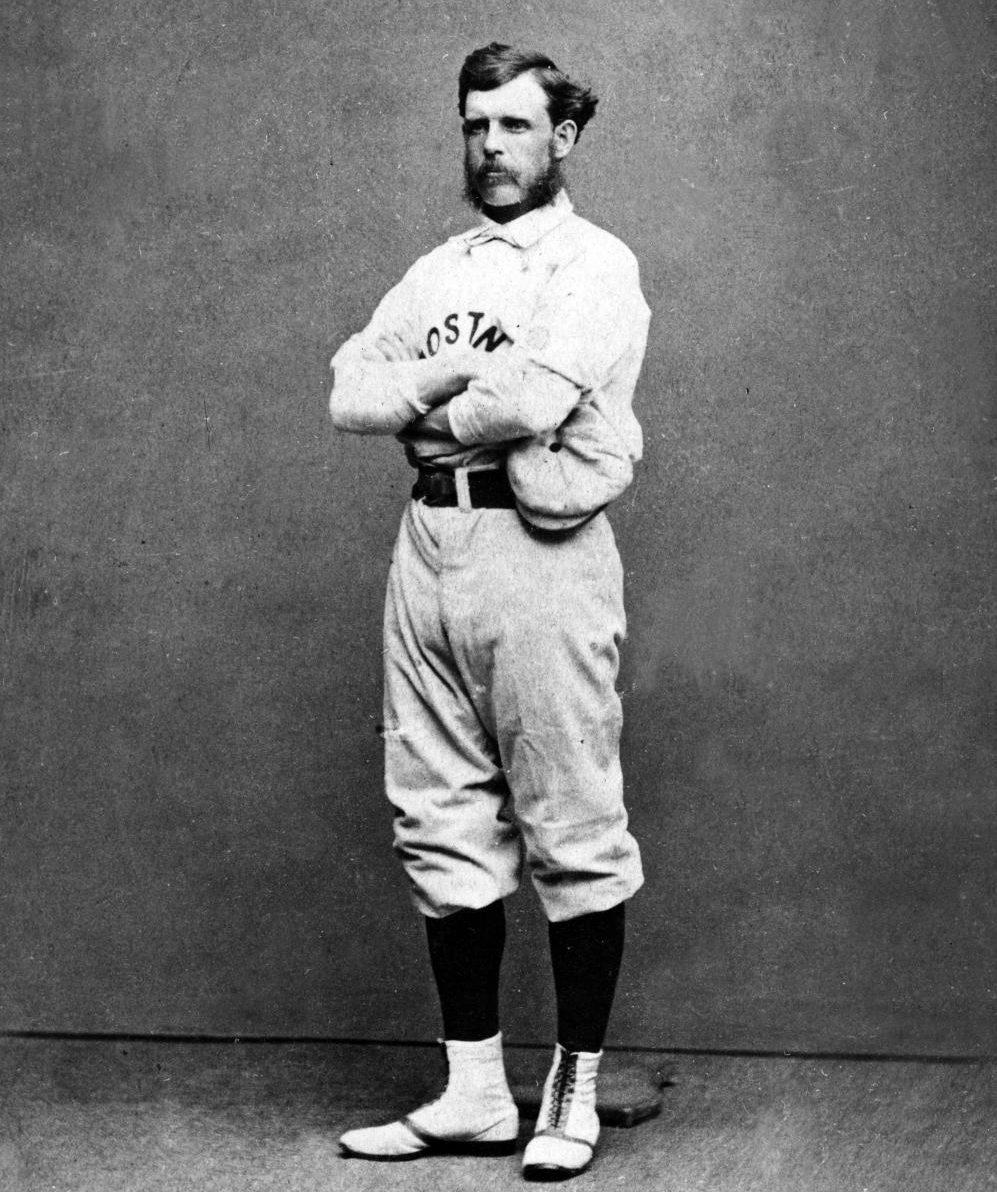 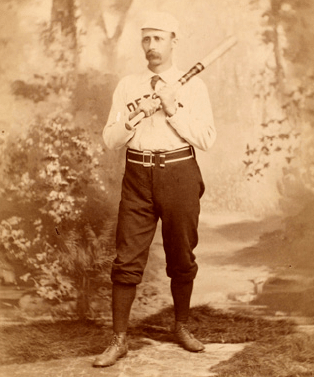 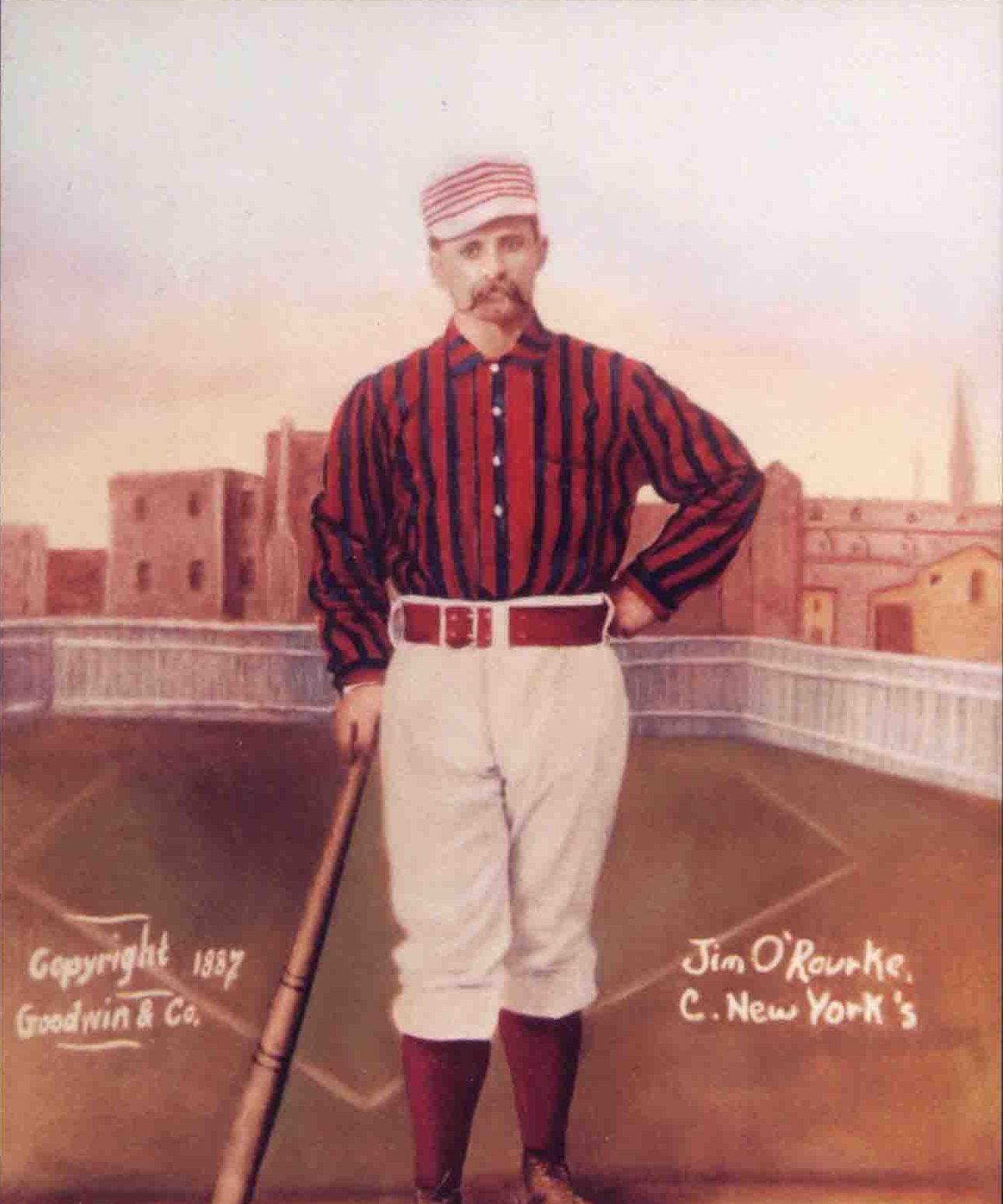 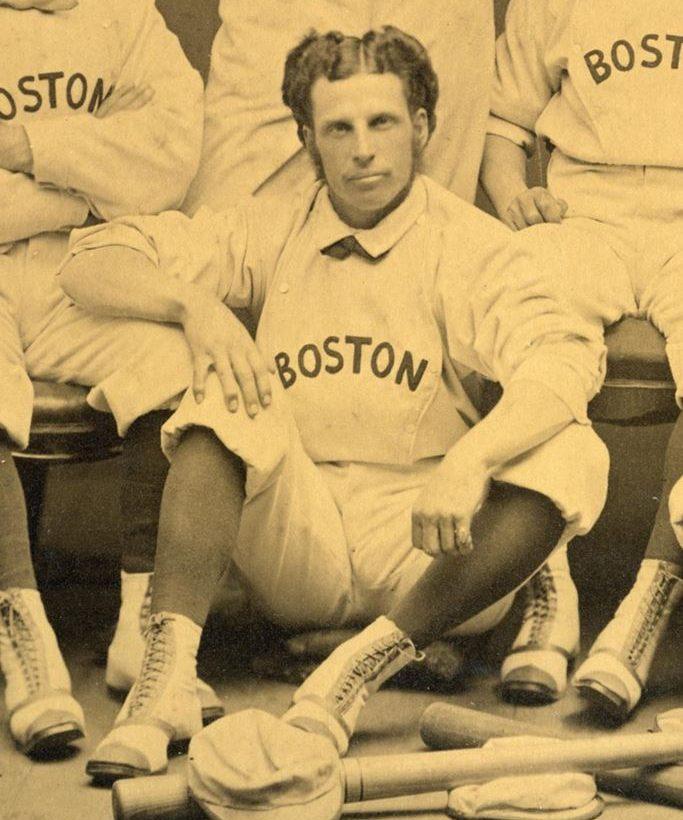 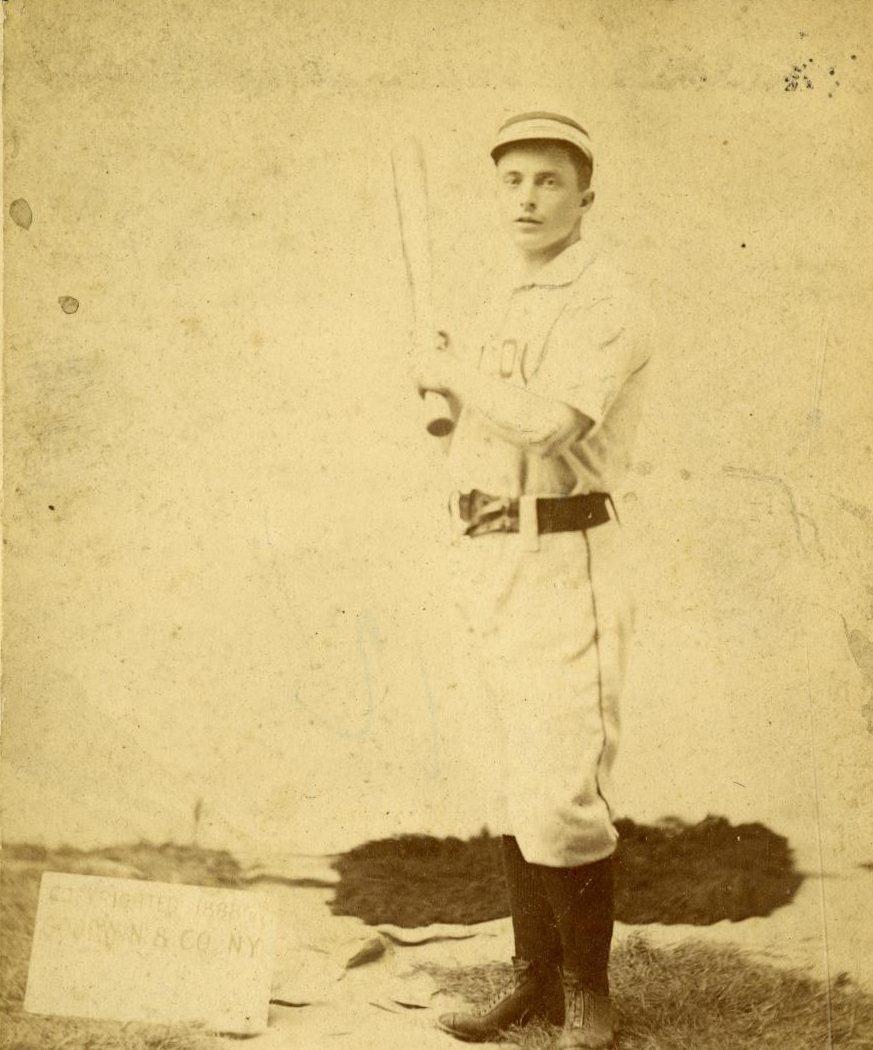 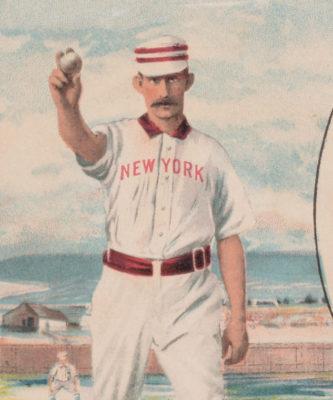 One response to “Tommy Bond”