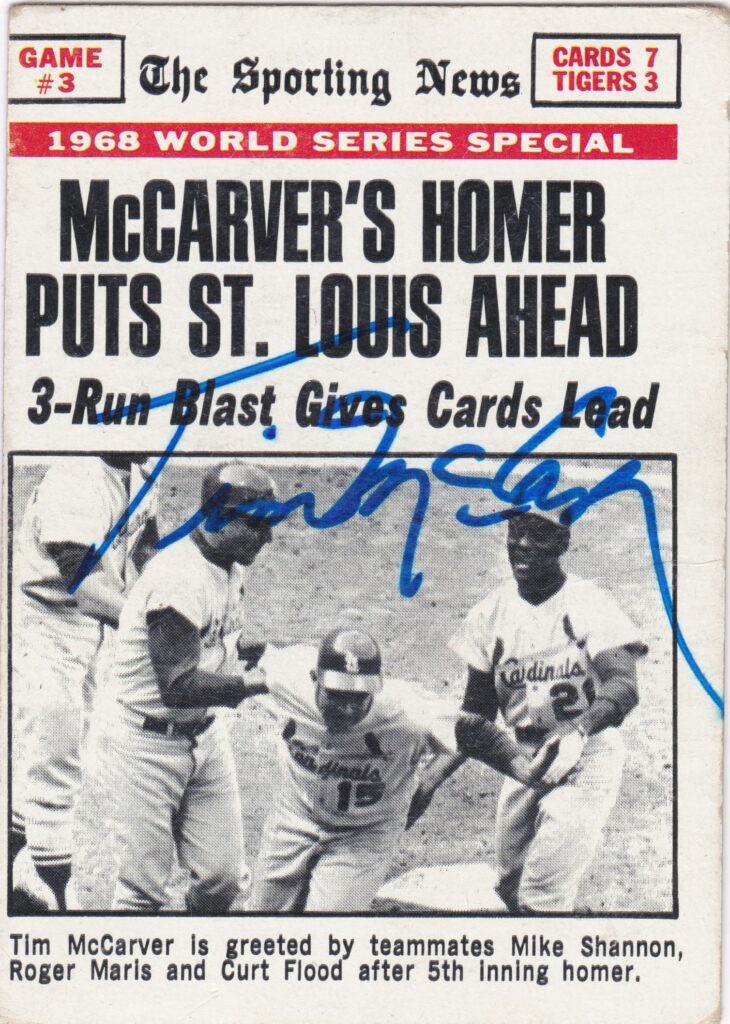 Tim McCarver was a standout linebacker in high school so skilled and fierce that Notre Dame recruited him. After his senior year he instead signed with the St. Louis Cardinals, beginning a professional baseball playing career that lasted more than 20 years. McCarver’s first pro game featured f
Read More

Tim McCarver was a standout linebacker in high school so skilled and fierce that Notre Dame recruited him. After his senior year he instead signed with the St. Louis Cardinals, beginning a professional baseball playing career that lasted more than 20 years.

McCarver’s first pro game featured future announcer Brent Musberger as the umpire calling balls and strikes. No one could have predicted that both men would later earn Sports Emmy Awards and the Vin Scully Lifetime Achievement Award in Sports Broadcasting.

A native of Memphis, Tennessee, McCarver played his first big league game in 1959 at the tender age of 17. He became the Cardinals starting catcher in 1963, and hit .289.

The following season McCarver helped St. Louis win the pennant. The Cardinals capitalized on an epic collapse by Gene Mauch’s Phillies and held off the Reds to earn the World Series berth.

In the Fall Classic McCarver went 11-for-23 with a double, triple, home run, five walks, five runs batted in and four runs scored. The St. Louis catcher recorded a hit in all 7 games. The 23-year old’s gaudy .478 batting average and .552 on-base percentage complimented the pitching performance of Series MVP Bob Gibson to push the Cardinals over the top.

McCarver was named to his first All Star team in 1966. In that contest he scored the winning run in the National League’s victory. That season he became the first catcher to lead the NL in triples.

In 1967 McCarver had his finest season. In the second of consecutive All Star campaigns, he posted career highs in homers and RBI. The backstop finished the year with an OPS+ of 136. His performance earned him a second-place finish to Orlando Cepeda in MVP balloting.

McCarver and the Cardinals reached the Fall Classic again in 1967 and ’68. The ’67 tilt was a 7-game thriller won by St. Louis over the Impossible Dream Boston Red Sox. In ’68, the Tigers vanquished the Cardinals.

McCarver reached the postseason three more times with the Phillies back-to-back-to-back trips to the NLCS starting in 1976.

When McCarver retired as a player in 1980 he had 21 big league seasons to his credit. The two-time All Star finished with 1,501 hits, and a pair each of All Star and World Series rings. He caught 121 shutouts and is the first 20th-century catcher to appear in four different decades.

After the 1979 season McCarver moved to the Phillies broadcast booth. His work was briefly interrupted with a 6-game comeback as a player in 1980. After four years in Philadelphia, McCarver was hired by the Mets. When ABC fired Howard Cosell just before the 1985 World Series, McCarver announced his first Fall Classic.

McCarver remained with the Mets until 1998 before moving on to the Yankees for three seasons starting in 1999. He also spent one year calling Giants games in San Francisco. Later his weekly syndicated interview show drew more than 90 million viewers. Though his playing career lasted 21 seasons, his broadcast career was even more prolific.

During his career behind the mic, McCarver earned six Emmys. He was given the profession’s highest honor when he received the Hall of Fame’s Ford C. Frick Award in 2012.

Through his love of baseball, Tim McCarver reached the pinnacle of two professions.

Shown here is this 1969 Topps offering highlighting McCarver’s three-run shot in the ’68 World Series. The St. Louis catcher has signed the card across the front. 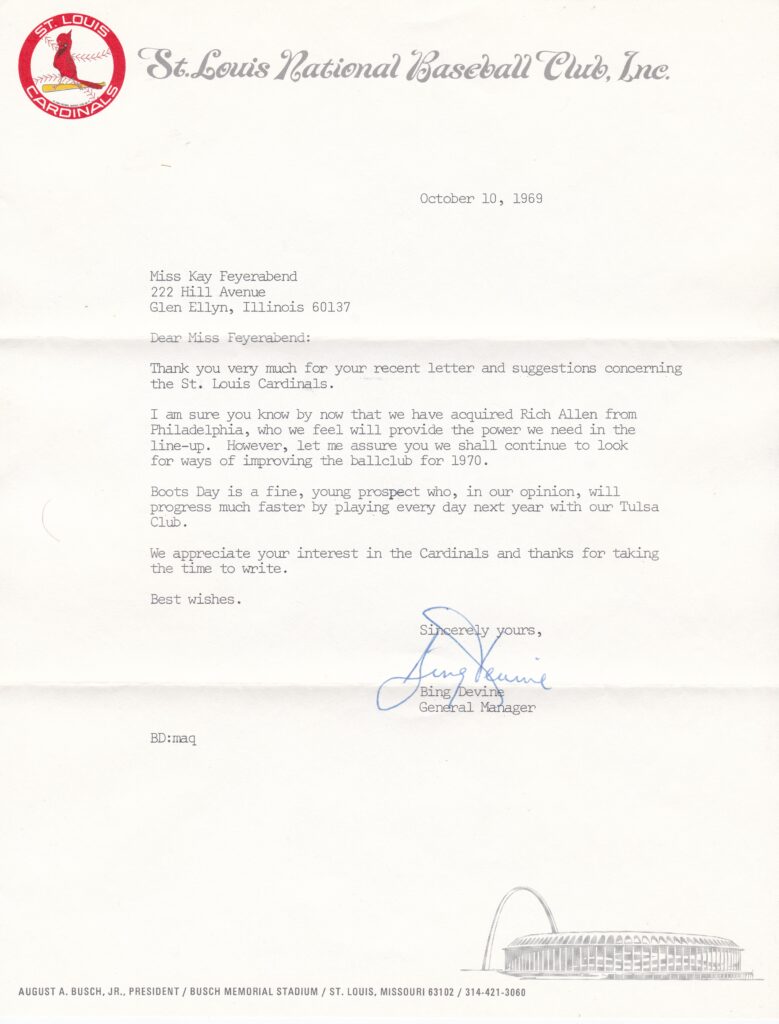 Tim McCarver was involved in one of the most consequential trades in baseball history. In October of ’69, McCarver was dealt to the Philadelphia Phillies in a 9-player exchange. Wanting to acquire a middle-of-the-order bat, St. Louis GM Bing Devine eyed Philadelphia slugger Dick Allen. The cos
Read More

Tim McCarver was involved in one of the most consequential trades in baseball history. In October of ’69, McCarver was dealt to the Philadelphia Phillies in a 9-player exchange.

After a dozen years in St. Louis, Flood refused to report to Philadelphia. He believed that baseball’s system violated the basic rights as an American citizen. Flood felt the system relegated players to pieces of property.

Flood sued baseball and its commissioner Bowie Kuhn. The case reached the US Supreme Court in 1972 when the justices ruled in favor of the status quo.

The players’ union seized the momentum. Late in 1975 the reserve clause was struck down in a union case brought on be Andy Messersmith and Dave McNally. By the middle of the following year the game welcomed free-agency.

Today the “Curt Flood Rule” is in affect. It gives trade veto power to players with ten years in the big leagues and five years with the same club.

The Flood-for-Allen trade is remembered today as the start of the modern era of players’ rights.

In the collection is this letter from Cardinals Devine dated October 10, 1969 just three days after the historic deal.

“I am sure you know by now we have acquired Rich Allen from Philadelphia, who we feel will provide power we need in the line-up,” Devine writes. “However, let me assure you we will continue to look for ways to improve the ballclub for 1970.”

Devine was prophetic. In his only season in St. Louis Allen put up outstanding numbers. An all star in ’70, Allen slugged 34 homers and drove in 101 runs.

McCarver enjoyed two stints with the Phillies totaling 9 seasons. He helped the team reach the postseason each year from 1976-1978. 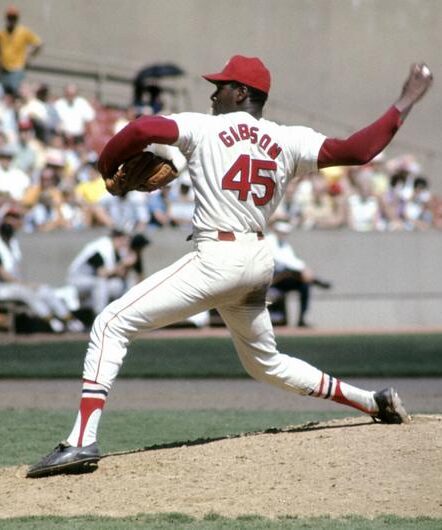 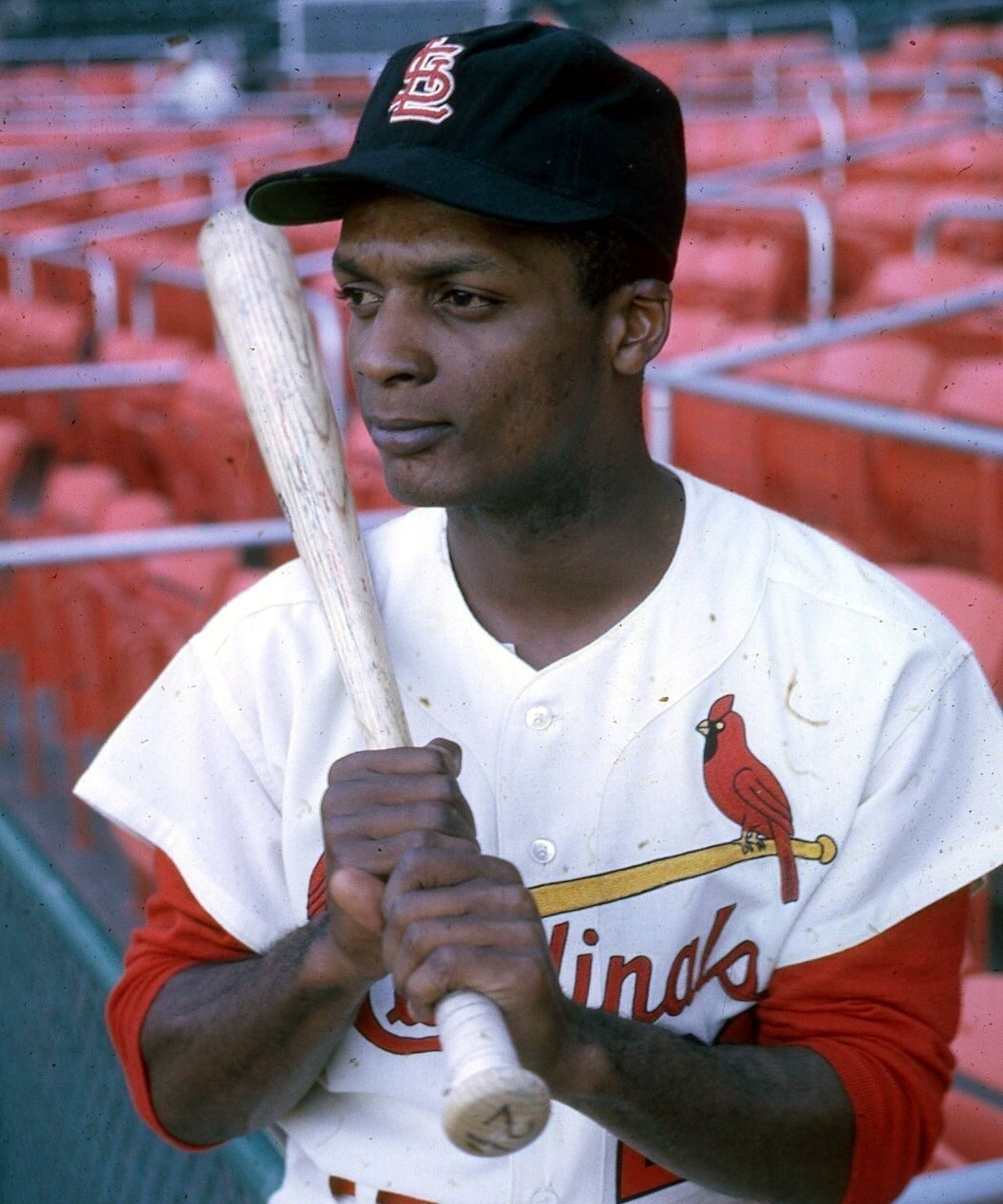 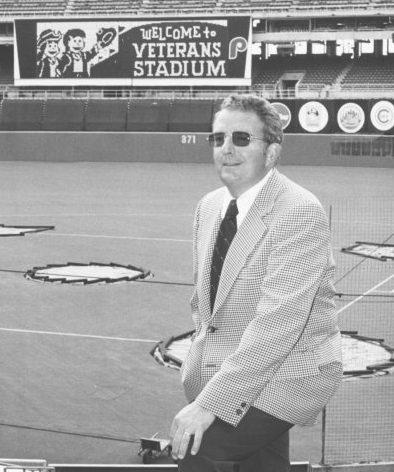 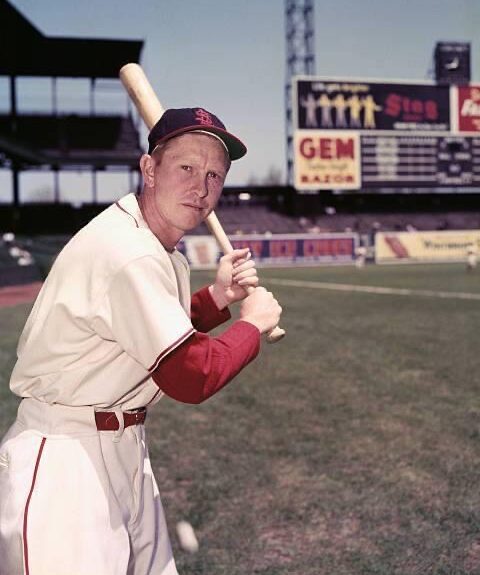 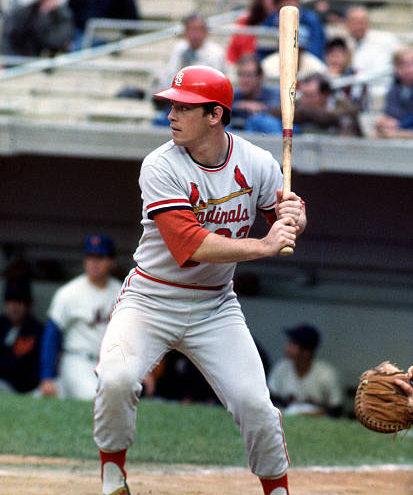 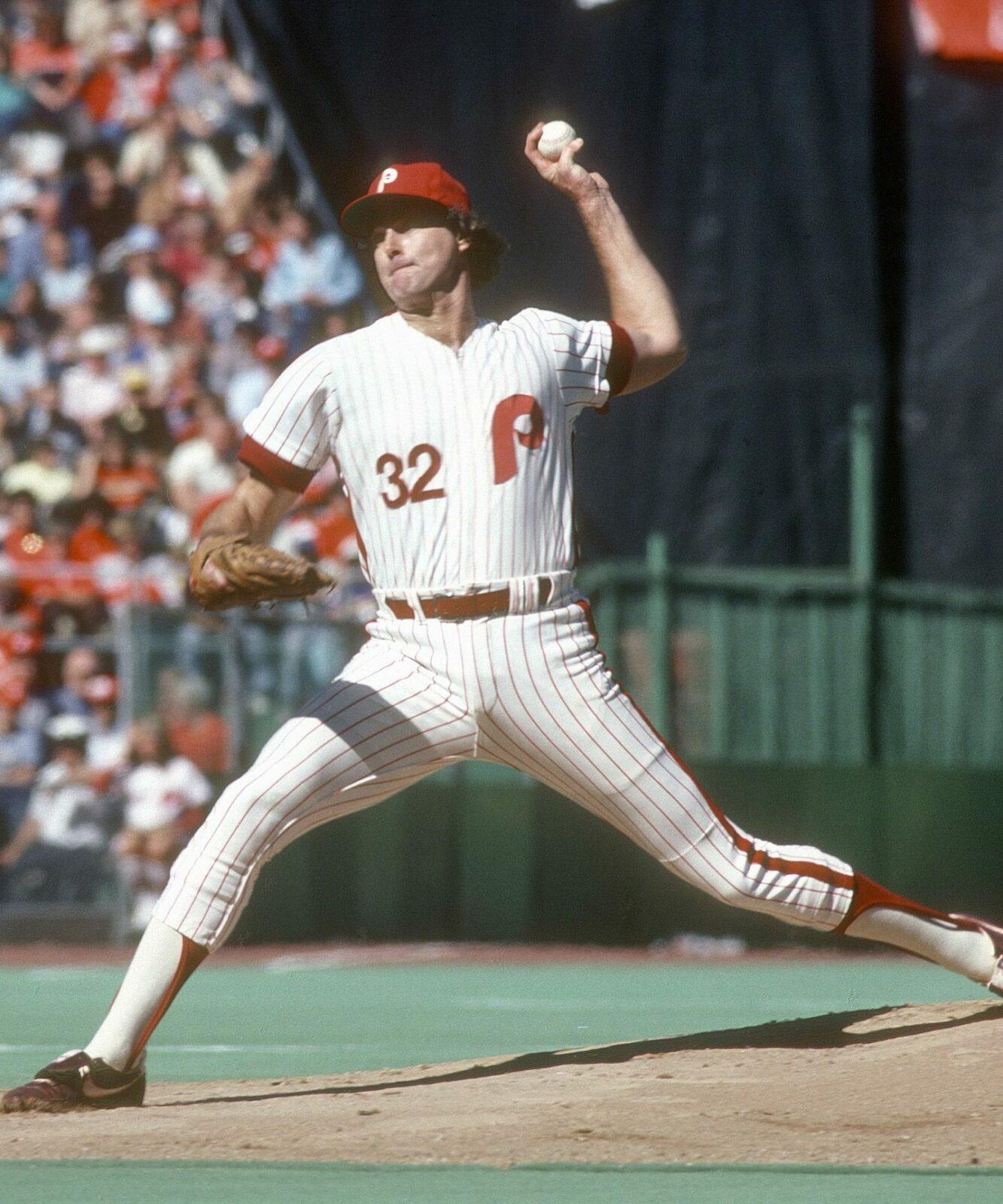