Records are meant to be broken. Or are they?

Given the chance to break Major League Baseball’s record for consecutive scoreless innings, he almost opted out.

One Cooperstown man betters another

A hurler’s job is to keep his opponents from scoring. Moundsmen take great pride in putting up zeroes. One of baseball’s greatest run-preventers, Walter Johnson set the big league record by not allowing a man to cross the plate in 55 2/3 consecutive innings in 1913. The 417-game winner held the mark for the rest of his life.

More than a half-century later, along came the Dodgers’ Don Drysdale. An intimidating presence on the hill, the 6’5″ right hander believed that pitchers owned the inside half of the plate. Big D finished first or second in batters hit in 12 of his 14 seasons. In 1968 he surpassed the Big Train, extending the consecutive scoreless innings record by three frames.

Hershiser completely stymied the National League in the last month of the ’88 season. By late September he tallied 49 straight innings without allowing a run. With one start left, the Dodger right-hander needed ten more scoreless frames to break the record. This would require not only a dominant performance by Hershiser but also a scoreless tie to push the game to extra innings. Knowing the scenario was unlikely and unsure how he felt about knocking Drysdale off of the top spot, Hershiser felt a sense of relief.

On September 28th, the Bulldog took the mound at San Diego’s Jack Murphy Stadium for his final outing of the regular season. Drysdale watched from the broadcast booth as Hershiser and his Padres counterpart Andy Hawkins locked into a good old-fashioned pitchers’ duel. After nine innings, each hurler allowed just four hits. With no runs on the board, the game’s outcome would be decided in extras.

The masterful mound work gave Hershiser his shot at the record. Instead, out of respect for Drysdale, he asked to be removed from the game.

The Bulldog makes it happen

Back on the hill, Hershiser got two strikes on the first batter, Marvell Wynne. On the fourth pitch of the at bat Wynne swung and missed on a pitch in the dirt for strike three. Dodger catcher Mike Scioscia did his best to block it but the ball got past him and Wynne reached.

Benito Santiago sacrificed Wynne to scoring position for the inning’s first out. A groundout advanced Wynne to third, putting the winning run just 90 feet away. After an intentional walk, Hershiser faced pinch hitter Keith Moreland. A base hit would end the game and leave Hershiser tied with Drysdale.

After three pitches, Hershiser was ahead in the count, one ball, two strikes. Moreland swung on the hurler’s 116th pitch of the evening, lifting a fly ball to right. Dodger outfielder Jose Gonzalez circled under it and made the catch.

With the out Hershiser’s scoreless streak reached 59 innings. The record was his. As he came off the field, Hershiser spotted Drysdale who had made his way down from the broadcast booth. The two shared a hearty embrace. The Hall of Famer had no idea of Hershiser’s initial plan to let him keep the record.

That was probably best for all involved.

Later Sports Illustrated‘s Steve Wulf told Drysdale of Hershiser’s request to be taken out of the game. After initial surprise, Drysdale frowned, clenched his teeth, and shook his head.

A reporter asked what he would’ve done had Orel bowed out. Drysdale didn’t hesitate.

“I would have gone out there and kicked him in the rear!”

Be sure to check out CooperstownExpert.com, the internet’s leading website for the display of museum-quality baseball autographs. Check in and talk baseball at our Facebook page. 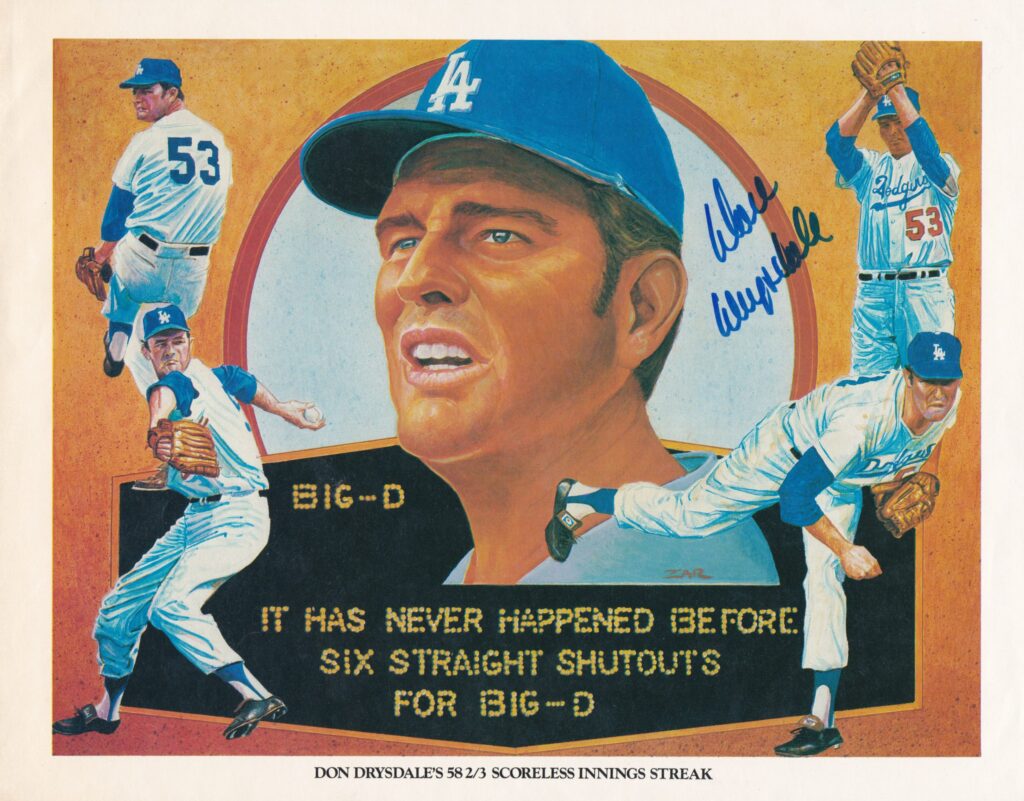 Drysdale broke Water Johnson's 1913 record and held it until 1988

In 1968 from the middle of May until early June, Don Drysdale was untouchable. Along the way he shattered Carl Hubbel’s National League record for consec

Drysdale broke Water Johnson's 1913 record and held it until 1988

In 1968 from the middle of May until early June, Don Drysdale was untouchable. Along the way he shattered Carl Hubbel’s National League record for consecutive scoreless innings and broke Doc White’s mark of five consecutive complete-game shutouts. When Drysdale’s run reached 56 frames, he surpassed Walter Johnson to reign atop MLB history. Big D was finally scored upon when a journeyman minor leaguer named Howie Bedell snapped the streak with his third and final career RBI.

Drysdale held the mark for 20 seasons before fellow Dodger hurler Orel Hershiser made the record his own.

Shown here is a sheet commemorating Drysdale’s six straight shutouts. The Hall of Fame hurler has added his autograph neatly. 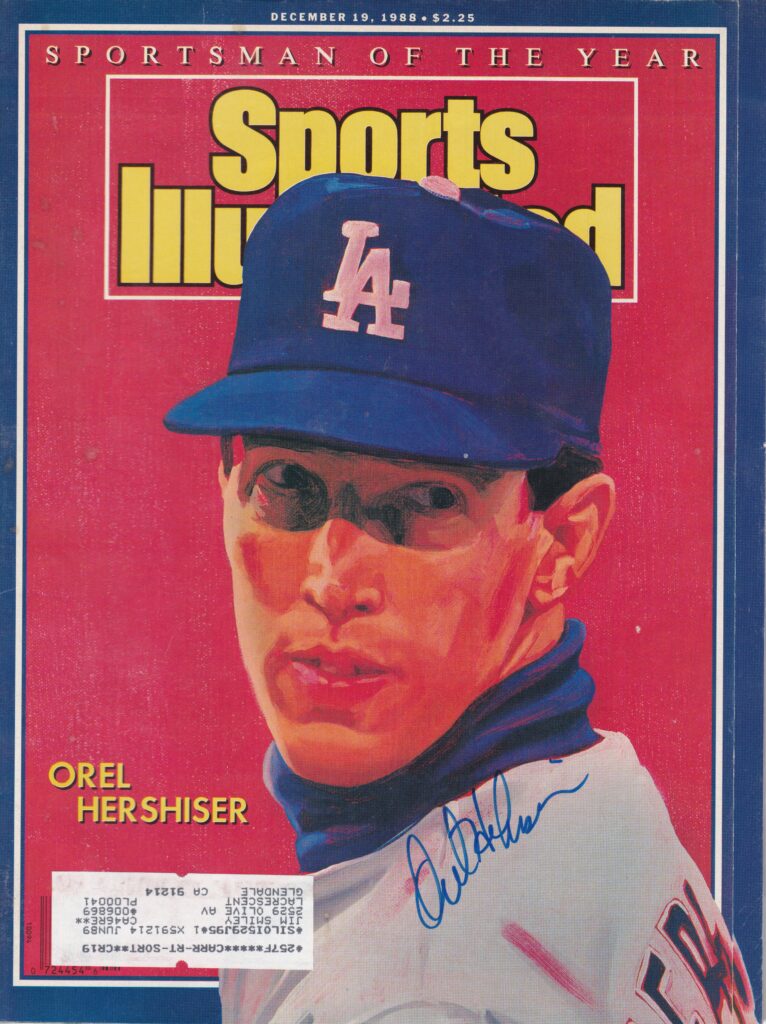 Hershiser was the Cy Young, NLCS and World Series MVP

Orel Hershiser had a magical year in 1988. He In the regular season he broke Don Drysdale’s record for consec

Hershiser was the Cy Young, NLCS and World Series MVP

Orel Hershiser had a magical year in 1988. He In the regular season he broke Don Drysdale’s record for consecutive scoreless innings, and captured the Cy Young Award. Hershiser continued his dominance in the post season, earning the MVP Award in both the NLCS and the World Series.

Shown here is the Sports Illustrated issue in which writer Steve Wulf’s chronicles Hershiser’s brilliance. Named the magazine’s Sportsman of the Year, Hershiser earned the Cy Young Award, and was named the MVP of both the NLCS and the World Series. The right-hander has affixed his signature on the white portion of the publication.

Tommy Lasorda has plenty of praise for Orel Hershiser

In the collection is this letter written by Dodger Hall of Fame manager Tommy Lasorda on his 75th birthday. The Dodger skipper writes of Orel Hershiser’s gre

Tommy Lasorda has plenty of praise for Orel Hershiser

In the collection is this letter written by Dodger Hall of Fame manager Tommy Lasorda on his 75th birthday. The Dodger skipper writes of Orel Hershiser’s greatness.

“Kirk Gibson provided the fire, led us all the way and ended up with the National League Most Valuable Player Award. What a team!”

That season solidified a permanent place for Hershiser in Dodger lore. 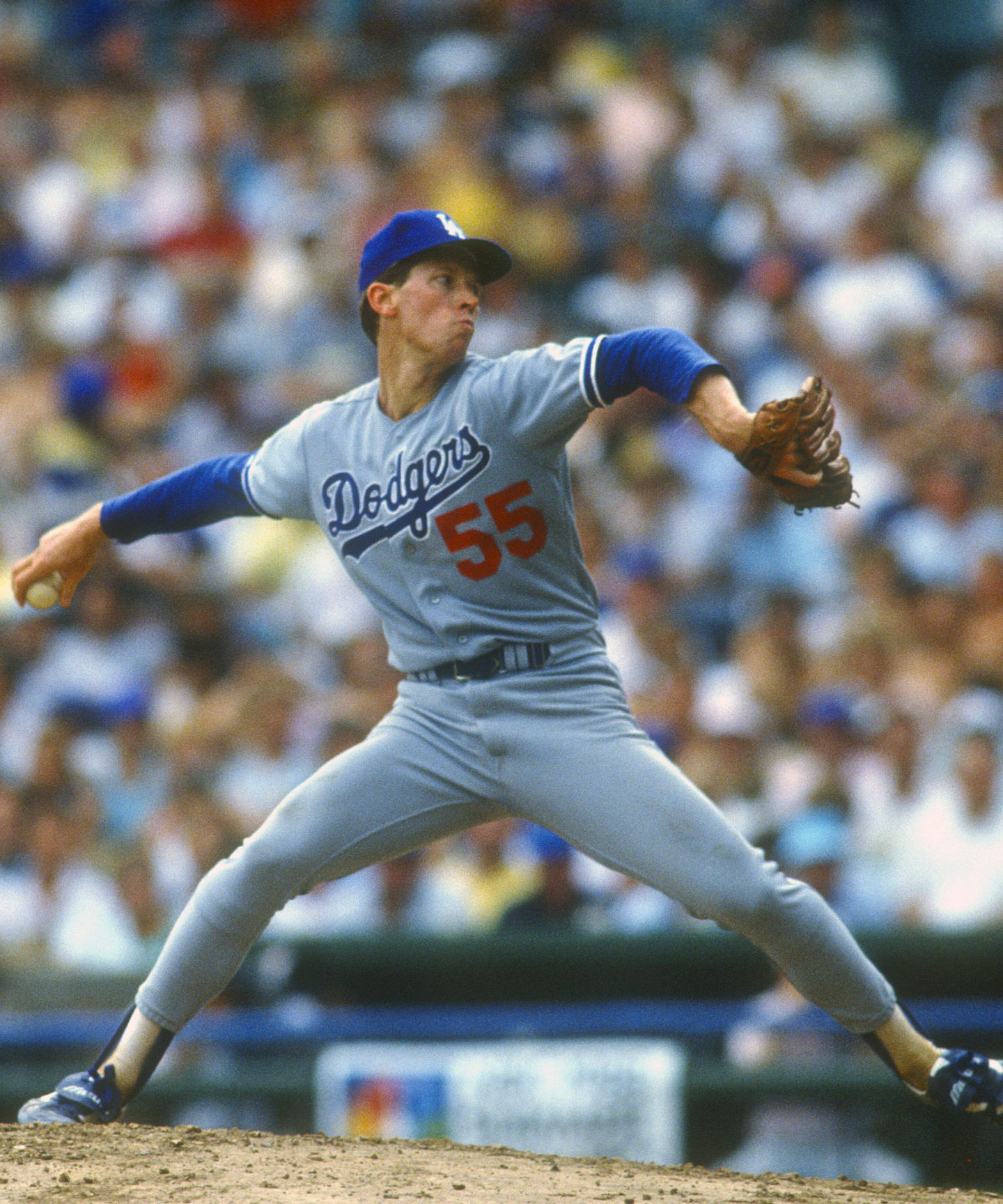 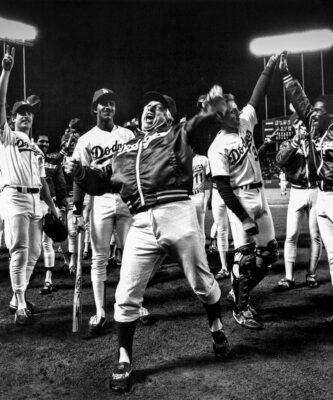 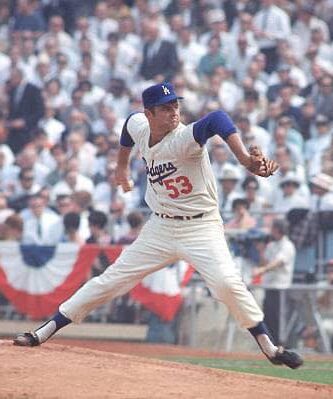