Bill James called Connie Mack’s move in the 1929 World Series, “the most brilliant managerial stratagem in the history of baseball”

Connie Mack’s 1929 Philadelphia Athletics were one of the greatest teams in baseball history. With a lineup that included Hall of Famers Jimmie Foxx, Mickey Cochrane, and Al Simmons, they finished 18 1/2 games ahead of the second-place Yankee team that won 6 of the previous 8 American League pennants. The Athletics pitching staff boasted a pair of aces with the left-right combination of 20-game winner Lefty Grove and 24-game winner George Earnshaw. For good measure, Mack’s #3 starter Rube Walberg had 18 wins of his own. On May 12th Philadelphia moved into a first-place tie with the Yankees and never relinquished the top spot. By the end of the month the A’s were five games up. Their lead swelled to 10 1/2 games on August 1st behind Earnshaw’s 17th win of the season. The margin remained at double digits the rest of the way. As Philadelphia cruised toward the AL pennant, the Cubs did the same in the National League. When Charlie Root shut down the Giants at the Polo Grounds on August 21st, the Cubs’ lead stretched to 10 1/2 games and never diminished. The two teams were on a collision course for the World Series. An aging […]

Records are meant to be broken. Or are they? In 1988 Orel Hershiser wasn’t so sure. Given the chance to break Major League Baseball’s record for consecutive scoreless innings, he almost opted out. One Cooperstown man betters another A hurler’s job is to keep his opponents from scoring. Moundsmen take great pride in putting up zeroes. One of baseball’s greatest run-preventers, Walter Johnson set the big league record by not allowing a man to cross the plate in 55 2/3 consecutive innings in 1913. The 417-game winner held the mark for the rest of his life. More than a half-century later, along came the Dodgers’ Don Drysdale. An intimidating presence on the hill, the 6’5″ right hander believed that pitchers owned the inside half of the plate. Big D finished first or second in batters hit in 12 of his 14 seasons. In 1968 he surpassed the Big Train, extending the consecutive scoreless innings record by three frames. Twenty years later Drysdale entered his first year as the Dodger color man. That season he witnessed Hershiser’s epic run. Hershiser faces a difficult decision Nicknamed “Bulldog” by skipper Tommy Lasorda, Hershiser had great respect for Drysdale, the franchise’s pitching-rich history, and […]

The story of how Lloyd Waner tallied his milestone 3,000th hit is now a mere footnote in baseball history.

It’s also a story worth knowing.

In an unlikely turn of events, an angry Paul Waner rejected a scorer’s decision.

Waner demanded a chance to record his memorable knock cleanly – and got his wish.

This is the forgotten tale of how the 7th MLB batter to total 3,000 hits joined baseball’s exclusive club.

The Senators third baseman was one of baseball rising young stars. Lewis was on the path to Cooperstown.

Lewis enlisted into the army to fight in World War II. Flying a C-47 that he named “The Old Fox” in honor of Senators owner Clark Griffith, Lewis survived more than 350 missions.

When he returned to the game after a 3 1/2 year absence, he was a different man and a different player.

With all that he saw during the war, baseball took on less significance.

Though he had some success, Lewis was out of baseball by age 34.

Once a man on the path to Cooperstown, Lewis answered the call to serve his country.

This is the story of Senators great and World War II hero Buddy Lewis.

Military service in WWI deprived Sam Rice of the 13 hits he needed for 3,000

The historical marker near Sam Rice’s hometown of Morocco, Indiana reads, “Drafted into the Army in WWI. Rice missed most of the 1918 season. He helped Washington win American League pennants in 1924, 1925, and 1933, and a World Series title in 1924. Over 20 seasons he was often among league leaders in hits and steals. He played his last year in 1934 with the Cleveland Indians, finishing with a career .322 batting average and 2,877 hits.”

The Washington Senators became the Minnesota Twins. Today no team or fan base embraces Rice. He finished just 13 hits shy of the 3,000-hit milestone.

Sam Rice is one of baseball’s forgotten stars.

Steve Carlton’s 1972 season is one of the greatest performances by a pitcher in the last 100 years. The National League Cy Young Award winner, Carlton went 27-10 for a last-place Phillies team that finished 37 1/2 games out of first place.

Any way you measure it, Lefty’s season was one of the ages.

Carlton won the National League’s pitching Triple Crown by leading the Senior Circuit in wins, ERA and strikeouts. He completed 30 of his 41 starts.

SABRmetrics are predictably kind to Carlton’s season. He posted the highest single-season WAR by a pitcher since Walter Johnson in 1913. Lefty also led the majors in ERA+ and fielding-independent pitching.

Many feel his 1972 performance is vastly underappreciated.

It’s plain to see, the career year for one of baseball’s best pitchers was one of the ages. 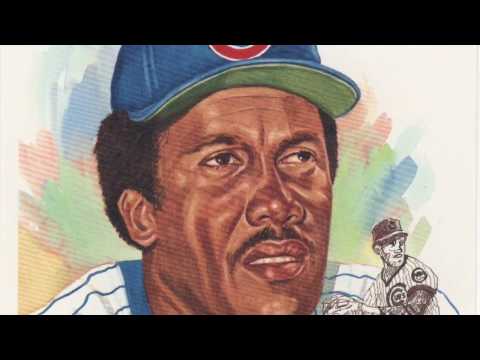 Imagine trading a 23-year old pitcher to your rival only to see him post six straight seasons of at least 20 wins. That’s just what the Philadelphia Phillies did when the shipped Fergie Jenkins to the Chicago Cubs in 1966. By the time his career was over, the 1971 Cy Young Award winner won 284 games and struck out 3,192 batters. In 1991 Jenkins became the first Canadian-born player to reach baseball immortality via induction into the National Baseball Hall of Fame. In the CooperstownExpert.com collection is the document from the commissioner’s office that made official what many consider the worst trade in Phillies’ franchise history. Enjoy this video then click here to see Fergie’s own thoughts on the trade in a shoutout to this website. Reach Jim Smiley, the author of this story, CooperstownExpert@yahoo.com Be sure to check out CooperstownExpert.com, the internet’s leading website for the display of museum-quality baseball autographs. Check in at our Facebook page.