Gene Thompson enjoyed a pro baseball career that spanned parts of eight decades. Signed by the Reds as a 17-year old in 1935, Thompson played until 1950. Two years later at age 35, he embarked on a scouting career that lasted until after his 88th birthday.

The highlight of his playing career came in his first year as a Major Leaguer in 1939. Debuting as a 21-year old, Thompson excelled in his role as the Reds swingman, going 13-5 with a 2.54 ERA in 11 starts and 31 relief appearances.

Thompson wasn’t the only stellar performer. The Reds got 27 wins from MVP Bucky Walters and a league-leading 128 RBI from first baseman Frank McCormick. Cincinnati won 97 games to earn the National League pennant.

In the World Series, Cincinnati squared off against Joe McCarthy’s heavily-favored Yankees. After dropping the first two games in New York, the Reds tabbed Thompson to start Game 3 in Cincinnati.

A win by the home team would put the Reds back in the thick of things; a loss would put them in a 3-0 hole against the two-time defending champs.

In the top of the first inning the Yankees jumped on Thompson for a pair of runs. Desperate for win, Cincinnati answered with one run in the bottom half and two in the second.

Thompson took the mound in the third with a 3-2 lead. With the top of the order due up, he looked to hang a zero on the scoreboard.

Joe DiMaggio had other ideas.

With two out and Charlie Keller on first, the Yankee Clipper delivered a knockout blow. DiMaggio’s two-run bomb over the centerfield wall put New York ahead to stay. New York won the game 7-3. The next day they completed the sweep with a Game 4 victory.

DiMaggio hits a World Series homer off of Thompson

Forty years after the fact, Thompson wrote about pitching in that Fall Classic, an event that he considered the greatest thrill of his playing career.

“I had the chance to distinguish myself as being one of the younger ones to pitch in a World Series in 1939, since I had just turned 22 in June…What I would just as soon forget and I can’t was the four home runs hit off me that day, 2 by DiMaggio, one by (George) Selkirk + one by Keller.”

DiMaggio’s go-ahead blast – his only extra-base hit of the Series – must have made quite an impression on the then-22 year old Thompson. Four decades later Thompson’s memory gave Joe more credit than he deserved, doubling his home run total.

Thompson and the Reds reigned as NL champs in 1940. In the Fall Classic they beat the Detroit Tigers to win the franchise’s second title. Their other World Series win was the tainted victory over the 1919 Black Sox.

At the conclusion of the 1942 season, Thomson enlisted into the United States Navy. By the time he returned from World War II, he was a month shy of his 29th birthday and hadn’t throw a big league pitch in three seasons. The right-hander pitched two more years before the New York Giants ended his Major League career by releasing him in 1947.

After bouncing around in the minors for a few years, the Giants director of scouting Carl Hubbell approached Thompson about becoming a scout. He took the position and held it for more than 50 years before finally walking away from the game at age 88 in 2005.

Forty years was enough to diminish his memory of battling Joe DiMaggio in the ’39 World Series. A professional career that started when he signed at age 17 and ended when he retired at 88 ensures Gene Thompson’s baseball legacy will never be discounted. 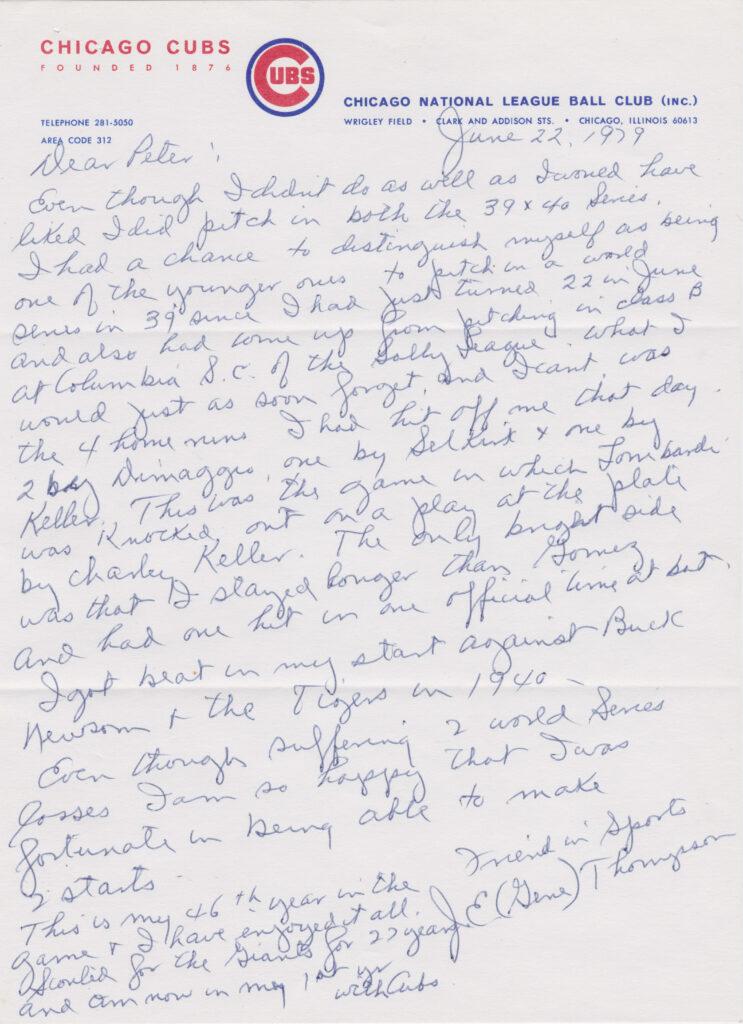 Gene Thompson writes of Joe DiMaggio and the 1939 World Series

Click on the image to enlarge it & read Thompson’s memories of the ’39 World Series.

Gene Thompson writes of Joe DiMaggio and the 1939 World Series

Click on the image to enlarge it & read Thompson’s memories of the ’39 World Series. 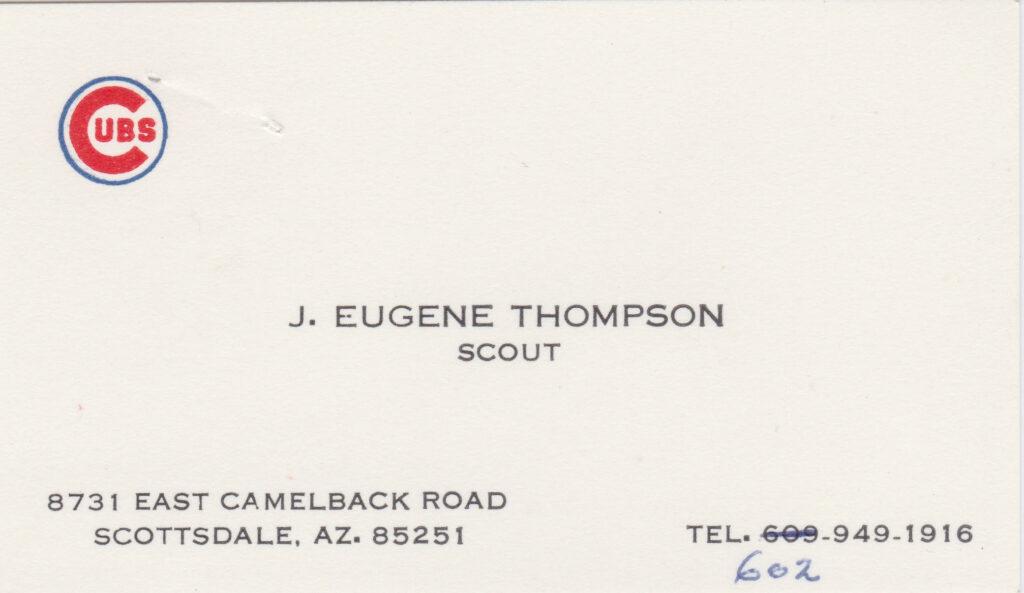 Gene Thompson's business card while scouting for the Chicago Cubs

Gene Thompson's business card while scouting for the Chicago Cubs 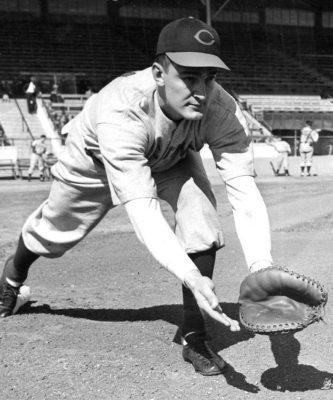 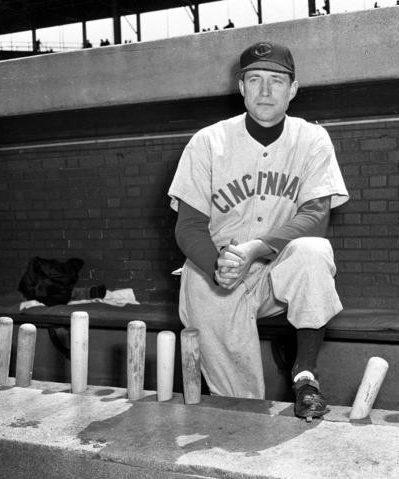 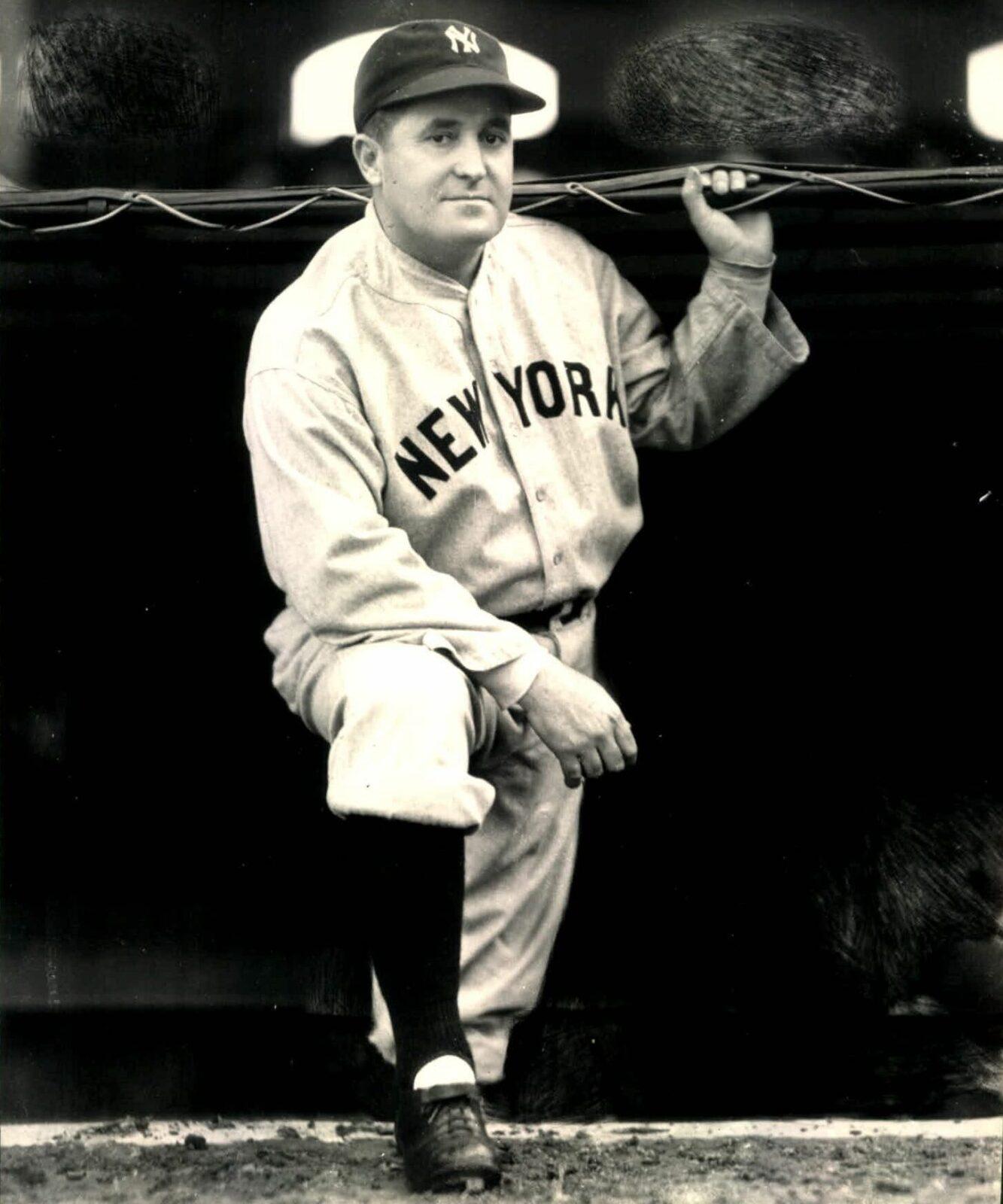 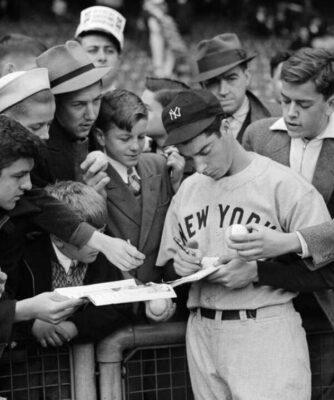